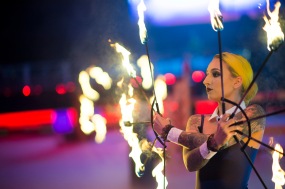 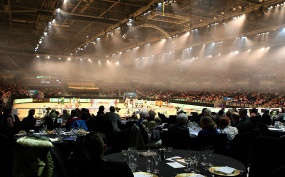 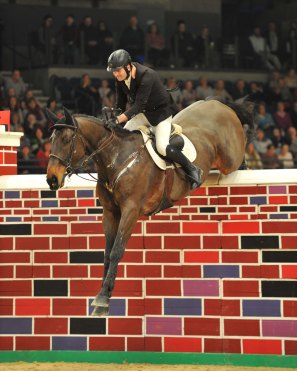 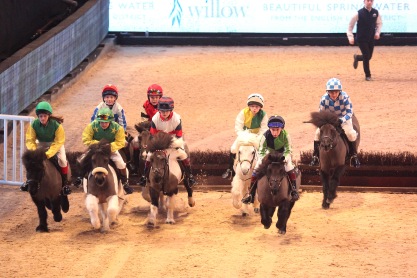 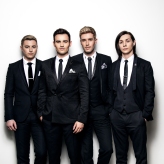 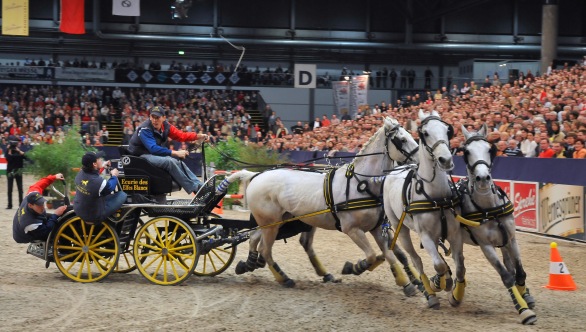 Organisers of the Equestrian.com Liverpool International Horse Show have given themselves a tough act to follow with the soaraway success of the inaugural 2016 event.

But bigger and better are two words on the agenda as the countdown continues towards a spectacular opening day – New Year’s Eve – in less than eight weeks’ time.

Liverpool’s Echo Arena played to sell-out crowds just over 10 months ago, with more than 30,000 show visitors across the three days as 100 riders from 12 nations showcased equestrian sport in all its glory.

Showjumpers from across the globe will compete for a total £160,000 prize fund at Liverpool over three days of compelling action from December 31-January 2, with packed houses again in store at the stunning waterfront Echo Arena.

Showjumping action will be interspersed with performances that hold a wide family appeal, including music from the UK’s no 1 ABBA tribute band ‘Revival’, the Shetland Pony Grand National, world-class carriage driving, the Black Fire Girls and so much more.

And New Year’s Eve itself promises to be an unforgettable night, with exclusive acts lined up, including Collabro, the world’s number one musical theatre boy band and the winners of Britain’s Got Talent series 8, plus the Equitop Myoplast Puissance, which is always a show-stopper, and a spectacular indoor display of fireworks.

All tickets give access to the show’s shopping village from 9am each day, with the shopping experience featuring a fantastic range of products from high-end equestrian outlets, exclusive fashion retailers, unusual giftware and beautiful things for the home. There will be many food and drink outlets on-site, including an upstairs Champagne Bar and the new Mersey View restaurant, which is open all day and suitable for all the family.

VIP hospitality, meanwhile, offers a spectacular first-class ringside dining experience on the newly-designed raised platform at the head of the arena. Prices start from £165 + VAT per person. For information about all of the hospitality options, including private boxes for 12 people, please contact Mel at the show office on 01829 307676. But hurry, as the New Year’s Eve performance on the platform has already sold out!

Show tickets start at just £11.50, with family tickets and season tickets available. The booking line number is 08448 000400, or tickets can be purchased online. For groups of 15 people and more, a 20 per cent discount on adult prices only  for silver and bronze areas can be obtained. The booking line for this is 08445 617672.