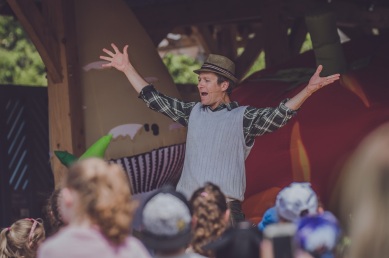 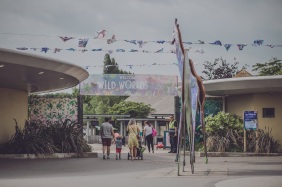 Science rapper Jon Chase is among the stars of Chester Zoo’s Wild Worlds festival this summer, performing newly created material about sustainable palm oil, which could be the solution to the extinction crisis facing orangutans.

The new rap is inspired by the zoo’s major campaign to save orangutans from extinction by increasing demand for sustainable palm oil.

Chase is the UK’s foremost proponent of science raps, engaging families and a range of audiences in science. His raps have featured on CBeebies, CBBC and Channel 4 Learning.

He has previously performed at The Science Museum, The Royal Society, The Royal Institution – and at theatres and science festivals across the UK – and was identified by The Guardian in 2008 as education’s next best thing after producing a science rap video for NASA about astrobiology.

The live Wild Science Rap event will take place on Saturday 4 and Sunday 5 August at 1.30pm, 3pm and 4pm. The accompanying music video will also be played throughout the summer in the zoo’s Islands habitat Sumba Room.

Jon Chase said: “Unsustainable palm oil plantations are destroying wildlife habitats. But we all consume vegetable oils, and palm oil is the most efficient oil crop, so the more I find out about sustainable palm oil, the more I think ‘wow, this could have a great impact, and it’s really important.’ So it’s crucial that we communicate the science in many different ways – people are different and you can’t expect one message, said in the same way to appeal to everybody. Rap is just one way to spread the word, but ultimately, imagine the effect if the whole word listens!”

The music video is available on YouTube here: https://www.youtube.com/watch?time_continue=1&v=pc3z8gepDUg

The Wild Science Rap will be one of many live events for visitors from July to September as part of Wild Worlds – Chester Zoo’s first ever large-scale gardens and science festival.

Pre-school children’s favourite Mr Bloom from CBeebies will make an appearance at the zoo on Sunday 29 July at 11am and 1pm, telling a bundle of veggie stories, playing gardening games, and singing nursery songs for ‘tiddlers’ and parents alike.

Young families will also be charmed by a live action puppet show – with mechanical and musical interventions – from Thursday 9 to Sunday 12 August at 1pm and 3.30pm. Compost Mentis features a large compost heap, set in a small allotment, and the Gardener who looks after it. Their relationship begins to break down when he discovers that the compost heap has developed a life of its own, and harbours thoughts fermenting within!

Throughout the day on Saturday 18 August, Cheshire Dance will perform a Flamingo Dance Duet at the zoo, drawing upon the simplicities and complexities, beauty, grace and quirks of flamingo life!

Dolly the life-sized giraffe puppet will wander the zoo from Friday 25 – Monday 27 August. She shouldn’t be hard to find – keep an eye out for her poo!

Before all that, on Saturday 28 and Sunday 29 July, visitors of all ages can join artists from the Awekids Collective to discover the extraordinary sounds that plants make, which have been recorded using a number of sonic technologies and then turned into music for a special new installation. Families can join the artists and create their own artworks inspired by the fascinating world and sounds of plants.

Visitors will be invited into the world of the honey bee on Saturday 4 August, Sunday 12 August and Saturday 1 September, between 11am and 4pm. Live performances will reveal the world of natural beekeeping at the zoo’s new Honey Bee Garden.

A wide range of specially commissioned artworks and installations are also on public display for the first time as part of the festival – from a walk-in Botanist’s Lab; to a ‘Celebri-trees’ picture frame installation that invites the perfect wild selfie; to a Dormouse Garden highlighting the hidden world of a rare UK species!

All events and installations are free with normal zoo admission. Limited availability to some events, viewing access granted on first come first served basis. Zoo tickets and full event listings can be found at www.chesterzoo.org/wildworlds