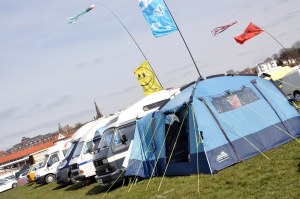 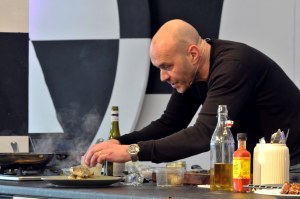 Taste Cheshire General Manager Briony Wilson said she was delighted to be associated with this iconic event; “We have always worked closely with the festival and particularly with the Taste Cheshire Awards for the Food and Drink industry that follow closely on the heels of the event (40,000 people voted for these awards last year), so when the opportunity to be involved at this level presented itself we jumped at it. Taste Cheshire is already the definitive guide to food and drink in Cheshire and it made perfect sense for us to increase our events from the farmers markets and Food Fiestas that we put on to a direct involvement with the UK’s biggest Easter event of its type. It signals our ambition to stay at the top of the industry and represent our members on a major scale. We will also be announcing very shortly a major tie up with one of our industry partners that will be another huge boost to the event and its many, many visitors. 2019 looks like being a huge year for the Festival and Taste Cheshire”

The event attracts between 24,000-30,000 people each year and has been shown by Manchester University to contribute in excess of £2.4 million of economic benefit to the city of Chester, annually. Staged at Chester Racecourse every Easter there is a camping event, known as Camperfest, with 1500 people in caravans, motor homes and tents on site, over 150 food and drink exhibitors, major chefs on stage with cooking demonstrations, kids cooking classes, adult cooking classes and even BBQ master classes. It is a major showcase and focus of food and drink with visitors coming from right across the UK to attend. All of the hotels and guest houses of Chester and its surrounds are full during this Easter period.

Festival organiser Stephen Wundke believes this is a major turning point for the event. “Taste Cheshire represents over 200 small and independent food and drink retailers, producers and events across our county and to have those people all represented through this tie up, focusing the public on what is great about Cheshire, through our event, is what we set out to achieve when we started this almost 20 years ago. One of the most positive values of this sponsorship will be seen in the next couple of weeks when we make a huge announcement that will impact every festival visitor and that deal would not have been possible without Taste Cheshire’s involvement and willingness to work with all of their partners. Taste Cheshire also has over 30,000 foodies that they talk to every week, so it made perfect sense to have this special platform dedicated to this festival. It is a win for everyone and the evidence of that will be shown further in the coming weeks.

For more information about the event go to http://www.chesterfoodanddrink.co,.uk or visit http://www.tastecheshire.com